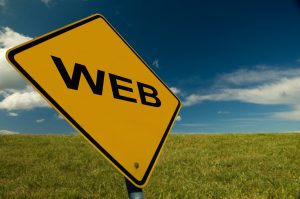 Miriam Posner of UCLA has recently suggested that digital humanities scholarship has an unrealised potential for radicalism by “critically investigating structures of power”. This is not necessarily a new idea. Almost a decade ago, Clay Shirky and other commentators suggested that a combination of the freedom of access to digital information and open source scholarship was bound to challenge long established practices of institutions, be they educational or even governmental. This idea may seem to be far less novel today in the light of the fact that open source scholarship has now governmental support both in the United States and the European Union. Nevertheless, Posner suggests that digital humanities scholarship still has the capacity to promote new ideas through the novel interrogation of sources and, in turn, the raising of new debates.

An example of this may be seen in the extensive responses to her own discussion piece. These responses are accessible from her own website and link one forum for debate with another, in the process  potentially bring greater vitality to each debate. For instance, Posner’s observations regarding how “profoundly ideological is the world being constructed around us with data” was linked by Angus Grieve-Smith to his own forum on the subject of “Technology and Language”. This expands upon her point that how we classify information, or even ideas, through language has tremendous power to shape how people think.

Does the digital research community reflect fully on the humanistic connotations of this reality? One might be inclined to answer this question with a simple “no”. For instance, Posner (who comes from a film-studies background) refers to the work of her UCLA colleague Anne Gilliland, who is a leading figure in the work of Library and Information Studies. Over the past decade, Gilliland has been a frequent contributor to new journals such as Archival Science on the role of Library and Information Studies specialists (such as herself) in redefining the archival profession through the development of new metadata standards in describing both records and collections. However, new metadata standards have not altered the traditional governmental objective of archives, which is to quantify information regarding both individuals and organisations in such a manner as to create records to enable more efficient governance.

It would be no exaggeration to say that this process of record creation has underpinned the concept of governance ever since the days of the Roman Empire and, in turn, shaped the very idea of civilisation itself. The existence of a logical process of recording and processing information has long been typified as the bedrock of civilisation, outside of which one may find only the chaotic world of nature where, in the absence of a logically ordered concept of society, there is only disorder, ignorance and unreformed barbarism. Nobody may like the idea of their personal identity being reduced to statistical information within a governmental record, but without this process political society would not essentially exist.

This raises an interesting concept, which is if an individual or organisation wishes to champion a particular cause (for instance, a campaign for social justice) then how they categorise that cause may, in itself, be the touchstone of its chances for success. Posner’s interest in feminist critiques of film studies prompts her to focus on ideas of gender and even race. Someone interested in archival science or history might focus more specifically on the concept of citizenship, for few words carry more consequential connotations than that term. If one can view classical civilisation as a root of civilisation, this was not only due to its preoccupation with the exercise of logic but also because it introduced the legal concept of citizenship. More often than not, this was defined against an idea of slavery. “Citizens” were protected by the law, while those who were not citizens had no legal rights at all and were generally classified as “slaves” or “barbarians” (hence the idea that society was a question of championing “civilisation” against “barbarism”). When people conceive of miscarriages of justice, or unwarranted subjugations of people, in our own day the first concept that generally springs into people’s minds (or, indeed, onto their lips) is still the question of “civic rights”.  Is Posner, therefore, essentially focusing on the idea of a “digital citizen”?

This term “digital citizen” has recently been invented to promote the idea of responsible use of the internet. It is based on a moral code of respecting and protecting both oneself and others through the use of the internet and an essentially legal code, based on the idea of respecting intellectual property. But can a “digital citizen” be more than this? Can the advent of the information highway allow non-governmental organisations to play a part in refining or, indeed, improving whatever ideas of citizenship may exist within those societies that they inhabit? Evidence may suggest that this process is already underway, in which case one may argue from Posner’s perspective that digital humanities scholars may actually have a key role to play in creating a meaningful concept of “digital citizenship” in the years ahead. In this, they may benefit from participating in debates with archivists regarding the relationship between human rights and recordkeeping. This has been a regular theme of archival conferences in recent years and a debate that was encouraged not least by the south African archivist Verne Harris.  Professor Anne Gilliland of UCLA will be speaking on this broad theme at the Liverpool University Centre for Archive Studies on 28 November 2016.