Title: A history of Ireland in International Relations (IAP, 2020)

Theme: Essentially a history book rather than a work of international relations theory, it covers the history and pre-history of the Irish state in its international context.

Title: ‘Finance, geopolitics and the avoidance of war: an evolving framework for Irish diplomacy?’, Irish Studies in International Affairs, vol. 30 (2019), 93-117

Theme: An overview of a century of Irish diplomacy with a particular emphasis on its financial context.

Title: ‘Between East and West: the financial challenge in establishing a foreign policy for an independent Irish state, 1919-1927’, Irish Studies in International Affairs, vol.28 (2017)

Theme: A prequel (of sorts) to the theme of the article above, but covering only a short time period, which limited its scope.

Theme: Essentially a reprint of an article that was written very quickly for a student publication in 2007. It focuses on the issue of Fenian propaganda rather than military experience. 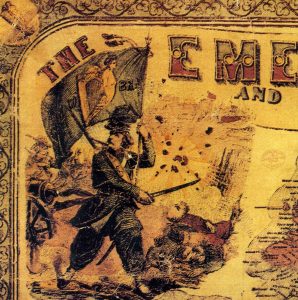 Theme: This is a biography of the founder of Sinn Féin with an emphasis on how he adapted perpetually to current affairs from c.1891-c.1922

About fifty entries, principally on nineteenth-century Irish revolutionary figures (and some journalists, MPs and American-Irish activists). The dictionary is now available online: Dictionary of Irish Biography.

Theme: An attempt to throw out “new perspectives” on the man himself, noting his continued association with his old Fenian “friends” although it was probably too short an article to tease out that theme entirely.

Theme: this won a NUI Publication Prize in 2008 and was the subject of a RTE Off The Shelf radio discussion in 2006. Its principal merit is its fresh research and analysis of the 1880s but it is a subject matter that I would like to readdress, having a considerably more mature historical imagination “now” than I did “then” while, by now, I am familiar with the existence of a lot more juicy sources.

Theme: a piece based on a talk given at a UCC conference in 2006

Theme: This is an edited reprint of a 19th century text, with new introduction and notes, that is perhaps of interest primarily for its illustration of Irish Catholic attitudes during the 1880s. I also wrote an article on the author for the Journal of the Cork Historical and Archaeological Society (vol.109, 2004) but there is much about the author’s (admittedly obscure) career that remains “mysterious”.

Theme: a biographical piece about an IRB leader from c.1884-c.1912 who was considered to be “the black sheep” of his family and was essentially a “backroom political operator”, for want of a better cliché. I also wrote a piece about him for History Ireland, to which I also contributed some reviews and a couple of hastily written pieces about police reports that I regretted writing afterwards, but I do remember liking (at least at the time) a little piece I wrote to mark an unacknowledged centenary of John O’Leary’s death (Mar.2007) called ‘Yeats, O’Leary and Romantic Ireland’.

Theme: This was my first historical publication, featuring a lot of details but blessed little analysis.