An Israeli historian of Ireland once said to me that he believed no historian should draw a conclusion until all his/her research was complete. Pre-empting conclusions is a no, no. There’s sense in that. Then again, if one has perhaps ridiculously set oneself the task of conceptualising everything from Brian Boru to the EU in a single-authored and single-themed work, some kind of roadmap, preferably not to the stars, may be in order. So here’s a mental note to myself made public: sweet talking hippie, ride on…

Chapter 1: Ireland’s place in world history: from the Fianna to the First World War

Chapter 4: A spirit of non-alignment: Ireland in and out of the British Commonwealth 1938-1955

Chapter 5: Introducing Ireland to the United Nations and the European community, 1955-1968

Chapter 7: Ireland and the reinvention of the European political order, 1982-1994

Chapter 8: Beyond hegemonies: Ireland in the EU and on the world stage since 1994

Conclusion: The evolution of Irish international relations, past and present 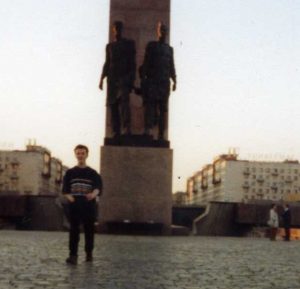 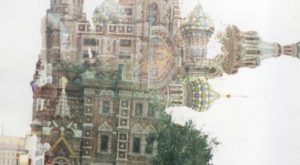 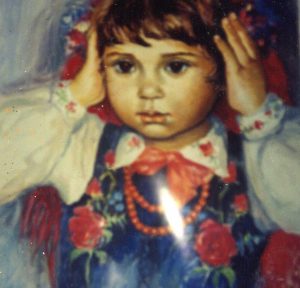 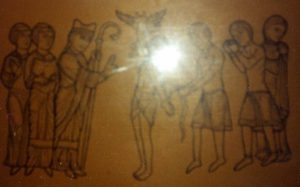 A few years ago, someone who works in the heritage sector said to me “that it is up to every generation to interpret history totally afresh”. I remember feeling a sudden instinctive doubt or even ‘profound disapproval’ about that idea. On one hand, it can seem self-evidently true that this is what ‘naturally’ happens, as I remember a stoned Irish-American rock band (not exactly a reliable source) claimed in a rather intense song I heard during my teens. On the other hand, if the next generation of scholars “worldwide” decided, for some obscure reason, that the centre of the universe lies in Stoneybatter, then there is a possibility that a sense of perspective may actually end up being lost. To my mind, this ties into the reality, or even the unreality, of “the latest scholarship”.

In academic circles, there is a dynamic whereby writers feel a need to both identify and critique “the latest scholarship” and to frame understanding according to such bibliographical references. This is understandable because a collective sense of existing literature can often present the fullest picture. Nevertheless, I always found this idea a little difficult to identify with specifically as a researcher. This is because, in my research experience, any time I pursued a research topic, it often seemed that some of the most insightful comments could be found in the strangest places. For instance, an obscure newspaper article or pamphlet from 1912, or something, might offer an opinion as a throwaway remark that, today, can seem almost like a historical “eureka” moment that makes one say, “wow, that is a good interpretation”. However, if one reads the latest book by a university press that is most preoccupied with the latest books published by other university presses it can seem like scholars are simply chasing their own tail, or each other’s tails, in an endless self-referential loop that actually has little or nothing to do with what any historical research source might either tell one or indicate. This might lead one to feel compelled to frame interpretations far more around original source material than other historians’ interpretations, even if it is always good to be aware of the latter.

The idea “that it is up to every generation to interpret history totally afresh” comes to mind again today, however, for a slightly different reason. An associate of an associate found a heap of old dusty history books in their attic. Rather than dumping them in the garbage, as was intended, they evidently said “maybe that guy down the road might be bothered with these” and so they’ve fallen into my possession. Books by French Marxist historians of the 1950s, “Sir” (was he a sir?) Denis Brogan, a few other academics or trade unionists from the mid twentieth-century that nobody references any more, and the thought that comes to me on glancing through these volumes: what happened to these author’s collective wisdom, presuming, that is, that they (no doubt) had some? Are these examples of “yesterday’s men” who had believed that “it must get better in the long run” (another old pop lyric reference there) only to find that as soon as their moment of active authorship had passed, “that was it” and the next generation cares as little about their work as a Buddhist monk cares about all-the-things-they-are-not-supposed-to-care-about as they start into conscious oblivion? Impermanence and History: there is a little conundrum.

Perhaps amidst many of the most dusty and most forgotten history books in many a private or public library, there are many original thoughts that may have been, or end up being, permanently forgotten. As such, maybe we should all give a thought to “yesterday’s men” even if each successive generation feels compelled to tell itself, as its motivation, that today’s thoughts are far more original than they actually are. If life, like a certain old school of historical thought, follows a circular pattern, it is probably best not to attempt to ascertain where in its revolution that wheel of fortune is at any given moment. The linear perspective of a historical chronology may exist solely to allow us that mental freedom in each successive generation. Which may just “go to show” how much reading and writing of any kind is a far more personal experience, or matter, than the quintessential bibliographical instinct, or faith in scholarship, may care to admit. In my experience, an endless reformation of that thought can serve as an antidote rather than a contributor to mental lethargy or exhaustion.