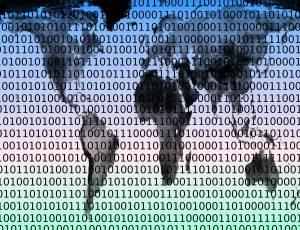 Ever since the mid-20th century, Humanities Computing had been a specialised field that involved the creation of machine-readable texts, as well as the development of computer-analysis techniques for analysing such material. However, more recently the development of Open Source learning facilities, via the internet, has changed the framework for humanities research in general, making what was once a specialised field a much more central activity.

Some see “Digital Humanists” as those who are facilitating this change across all disciplines: in effect, as the facilitators of the growth of digital research skills within all the humanities disciplines.

In seeking to act as a bridge between these two fields, institutes of digital humanities are serving to enhance the traditional research skills, as well as the criteria for meaningful research, amongst humanists in general by making empirical research methodologies more central to all forms of humanities research.

The term “digital humanities” is frequently interchangeable with “digital arts”. This is because humanist studies carried out in Europe have traditionally been referred to as studies in “the arts”, although similar research is more commonly referred to in North America as “the humanities” .